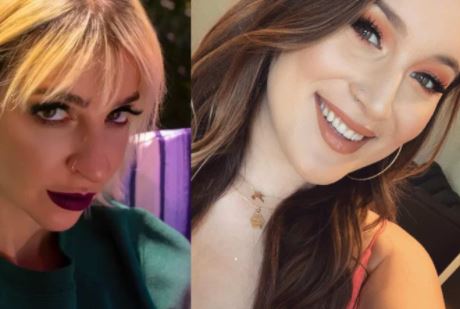 Jessi Smiles, whose real name is Jessica Vasquez, is a Vine star-turned-YouTube celebrity, much like her once good friend Gabbie Hanna. At one point, the duo used to make videos together but slowly, their friendship fizzled out without fans getting a hint of the reason.

In 2019, the truth came out through a nasty public feud between the two, when Smiles shockingly revealed how Hanna had sided with Curtis Lepore, Smiles’ former boyfriend who allegedly raped her.

The incident of the Se**xual assault dates back to 2014 when Smiles and Lepore were two Vine stars who started dating. However, they broke up soon after Lepore reportedly raped her during sleep. According to her police complaint, she had hit her head on a chair and suffered a concussion, when Lepore offered to take her to his home. Smiles fell asleep at his place but woke up to Lepore having Se**x with her, without her consent. The assault traumatized her and she filed a police report soon after, leading to Curtis Lepore’s arrest.

Later, Lepore pleaded guilty to felony assault and rape charges were dropped. Smiles stated at the time, “Curtis plead guilty to a felony assault today in court. It is no longer going to trial. I am okay with this and thankful for it to be over.”

In 2019, influencer Gabbie Hanna became embroiled in controversy after Jessi Smiles confronted her for continuing to hang out with Curtis Lepore and her friends, ignoring that she was accused of raping Smiles. Hanna reportedly showed her support for Lepore through a series of tweets that are currently inaccessible during her trial.

Jessi Smiles has released a video titled ‘Gabbie Hanna needs to be stopped’ that covers all the controversy. There she explained how Hanna’s support for Lepore had ruined their friendship. She added that when they met face-to-face, Hanna told her, “Jessi, Curtis’s friends didn’t rape you.” Emotionally in the video, Smiles said, “Even if you hate someone now, one of the things I believe you would never do is hang out with their rapist and their friend.”

Gabbie Hanna received a torrent of hate online as a ‘rape advocate’ following the release of Smiles’ video, but eventually the matter was settled in time. Now, in her latest BuzzFeed interview, Hanna has stated that she was never friends with Curtis Lepore and always believed Jessi Smiles’ rape allegations against her.

“You should try not to care what people say if it’s not true. Every time I release a project, it’s instantly, completely shut down by people who start a new rumor that day. Will I live like this forever? Or will I do whatever I want because you’ll hate me anyway?” Hannah told BuzzFeed.

Shortly after the article went down, Jessi Smiles made public recordings of her old conversations with Gabbi Hanna in a shocking Twitter thread. “I know I did a public video calling Gabbie out in 2019 – I understand that. But I don’t understand how that warrants Gabbie constantly bringing up my rapist/rapists in ‘defense’. she…she actually did. Beyond triggering,” he tweeted about Hanna’s recent statements.

In the call recordings from 2019, Hanna can be heard pressuring Smiles to make an apologetic statement for making the video with her private conversations. Additionally, Smiles visibly lied about hanging out with or supporting Curtis Lepore, as he shared side-by-side photographic evidence and screenshots refuting his claims. See the full speech below:

Gabbie and I had a phone call last summer. I never planned to release it. In fact, there’s nothing I want more than to never talk or think about Gabbie ever again. But her continued lying about my trauma has officially broken me and I don’t know what else to do. pic.twitter.com/RLwPjYmcOS

Twitter users came out to support Smiles and denounced Gabbie Hanna for using ‘selfish’ and ‘manipulative’ tactics. Actress Meghan Rienks added, “I can’t tell you how comforting it is for people to know how despicable Gabbie is,” she added, “please watch all of these videos. The shit Gabbie shot last summer, and it CONTINUES. and jokes, i know i’m blocked but fuck you”

Reporter Kat Tenbarge said, “My biggest takeaway was that Gabbie finally admitted in this phone call that she had tweeted that Jessi had lied about being raped. In the end. That was the crux of the question from the very beginning.” Influencer Trisha Paytas, “So let me be clear @BuzzFeed – Gabbie Hanna lost her sponsors because SHE told people I had herpes *in 2017 and I made a video explaining that I didn’t? Be sensible.” Earlier, Gabbie Hanna wrongly claimed that Paytas was Herpes.