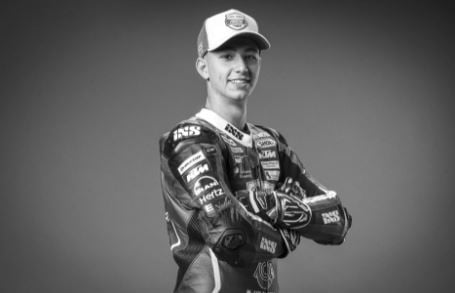 Jason Dupasquier was a Swiss motorcycle rider who competed in the Moto3 class in the motorcycle world championship until his death at the 2021 Italian motorcycle Grand Prix. He was the son of Motocross rider Philippe Dupasquier.

Dupasquier began his racing career in 2011; he won multiple SuperMoto Swiss championships and he switched to circuit racing in 2016. He was also set to debut in the RedBull Rookies Cup in 2018 but suffered a femur injury that prevented him from doing so. He debuted in the RedBull Rookies Cup in 2019 and was soon awarded a two-year contract as a Moto3 rider. He made his Moto3 debut in 2020. He was in his second season in MotoGP’s lightweight class and was in the top 10 in the overall rankings going into the weekend.

Jason Dupasquier, a 19-year-old Swiss Moto3 rider, has died after being involved in a serious crash during Saturday’s qualifying session at the Italian Grand Prix, MotoGP announced on Sunday.

“Dupasquier was involved in a multi-rider incident between Turns 9 and 10, with the session Red Flagged thereafter,” the statement read.

“FIM Medical Intervention Vehicles arrived at the site immediately and the Swiss rider was attended to on track before being transferred by medical helicopter, in a stable state, to Careggi Hospital in Florence. Despite the best efforts of circuit medical staff and all those subsequently attending to the Swiss rider, the hospital has announced that Dupasquier has sadly succumbed to his injuries.”

His team, Prüstel GP, said on Facebook, “We’re devastated, and at this time all of our thoughts are with Jason’s family. You’ll be sorely missed and never forgotten, Jason.”

MotoGP added on Twitter, “On behalf of the entire MotoGP family, we send our love to his team, his family and loved ones. You will be sorely missed, Jason. Ride in peace.”

Dupasquier was in his second season in the Moto3 World Championship. He was ranked 12th in the standings with 27 points. Dupasquier began his career in Supermoto where he was a multiple-time Swiss National champion. He won the NEC Championship Moto3 title in 2016 before moving to the Junior World Championship a year later.