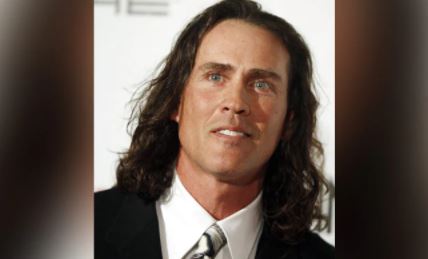 Joe Lara was an American actor, martial artist, and musician, best known for the role of Tarzan in the American TV series Tarzan: The Epic Adventures.

Lara played Tarzan in the 1989 TV movie Tarzan in Manhattan and in the 1996-1997 follow-up TV series Tarzan: The Epic Adventures. He also appeared in many action films, among them Steel Frontier and American Cyborg: Steel Warrior. He gave up acting after twenty years in 2002 to pursue a career in country music. At the peak of his fame, Joe Lara appeared in two action films, Armstrong and Warhead.

In 2009, Lara became active in music. He married Christian author and pastor Gwen Shamblin on August 18, 2018. From a previous relationship, he was the father of one child with Natasha Pavlovich. He lived in Brentwood, Tennessee.

Cause of Death – Plane Crash

Authorities said that among the seven killed when a private jet crashed near Nashville on Saturday included church diet guru Gwen Lara and her husband Joe Lara.

Rutherford County Fire Rescue said in a statement that everyone on the plane was presumed dead. In addition to Laras, the victims have all been identified as Jennifer J. Martin, David L. Martin, Jessica Walters, Jonathan Walters, and Brandon Hannah from Brentwood, Tennessee.

The agency said the Cessna Citation 501 crashed into Percy Priest Lake east of Nashville on Saturday morning, shortly after leaving Smyrna Airport for Palm Beach, Florida. The National Transportation Safety Board was investigating the cause of the accident.

Gwen Lara founded the Remnant Fellowship Church in Brentwood in 1999 after success in the Weigh Down Workshop, described by the church as a Bible study series that helps people lose weight and quit drinking.

The Cessna C501 crashed into Percy Priest Lake near Smyrna after taking off from a nearby airport, the Federal Aviation Administration said in a statement.

Rutherford County Fire Rescue Captain Joshua Sanders said at a press conference that Rutherford County rescuers were still at the crash site late Saturday and are planning to work overnight. He stated that there were no survivors.

Earlier on Saturday, authorities confirmed that at least one person died in the crash and that searchers had found a wreckage site and identified parts of the plane in the lake. Sanders said the accident occurred entirely on the lake.

Authorities also did not disclose registration information of the plane going from Smyrna Rutherford County Airport to Palm Beach International Airport. Tennessee Highway Patrol told news outlets that a witness had seen the plane enter the water near a marina. The National Transportation Safety Board and the FAA had on-scene inspectors.

Smyrna is located about 20 miles southeast of Nashville Percy Priest Lake is a reservoir created by J. Percy Priest Dam It is a popular spot for boating and fishing. Jennifer and David Martin and Jonathan and Jessica Walters were church leaders; Brandon Hannah was Gwen Lara’s son-in-law.

Before the identities of the deceased were revealed, the church partially issued a statement saying “Shamblins, Hannahs and Laras appreciate your concerns, support, and prayers.”

Who is Maki Kaji? Wiki, Biography, Age, Wife, Family, Cause of Death