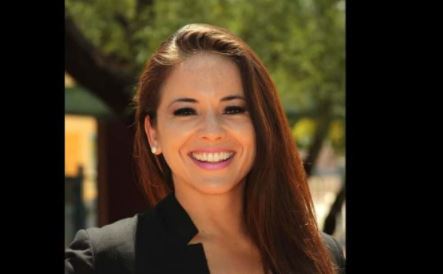 Arizona elementary school principal Diane Vargo, who was ambushed by Rishi Rambaran for asking her son to follow COVID-19 protocols, has spoken after the shocking incident. On September 2, Rambaran and hers two friends of hers entered Vargo’s office at Mesquite Elementary School and attempted to ‘arrest’ her with military-grade zip ties. They threatened her for asking her son to quarantine him after the student had a possible exposure to COVID-19. Rambaran was later caught by Arizona police and charged with burglary.

Vargo has finally spoken out from the ordeal, revealing that she has received death threat emails since the incident. In an interview with KOLD, she read the email on camera that read: “Next time it will be a barrel pointed at your Nazi face. Following the guidance you say? The Nazis were following orders too. I guess we will have to.” She watches which side you choose The Americans or the Nazis. Remember, Tucson is a small community and you have a target on your back to enforce illegal orders. ”However, she has not disclosed who the sender of the email was.

A director in Tucson, Arizona, was confronted by three men, one of them wearing bridles, who threatened to arrest a citizen after the son of one of them was told to self-quarantine due to possible exposure to Covid. -19. My door is open to speaking to parents. But the way he did it was not right, “said Diane Vargo, principal of Mesquite Elementary School.” Bringing ties to the principal’s office is not okay. ”

Vargo said Thursday’s incident came after a parent was told that her son had to be quarantined for at least a week per Pima County Health Department guidelines. When the father showed up at the school, Vargo directed him into his office because he was being aggressive and loud with the office staff, she said.

Then two men arrived, with whom the father was clearly in communication, she said. One of them wore bridles. The other two men had no children at school, but the student who was told to self-quarantine was by her father’s side during the encounter, Vargo said.

“I had a video on my face, and two other men broke into my office. And one of them was wearing bridles. … They were three big men. He was scared. My assistant was scared, ”Vargo said. She said the men seemed unwilling to hear her explanation that she was following county guidelines to keep the school open. She said each of the men was recording her and her assistant “and threatening to arrest us.”

“I asked them to leave and they didn’t,” Vargo said. Vargo said she tried to ease the situation, but Tucson police were eventually called and she left her office while the men and the boy remained inside. She said it was important to make sure men were isolated from students and staff.

Tucson police declined to answer most of the questions Friday. A spokesman said in an email that police went to the school because “a fight was brewing” and that a 40-year-old man was cited for breaking and entering. Vargo said the man was the father.

Vargo said she and her assistant plan to file restraining orders against the men, and the community has overwhelmingly supported them. In a videotaped statement on Friday, Vargo cried and said it was difficult to see the student witness what happened in her office. Her father wanted him here,” Vargo said. She “sat next to him and witnessed everything. He saw the threats. He saw the aggressiveness. He saw the big bridles. He saw it all and I felt really, really bad for him. ”