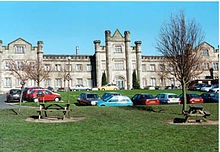 Thomas George Cassell (born 23 June 1993), known online as Syndicate, is an English YouTuber and Twitch streamer. Regarded as one of the earlier known gaming personalities, his videography consists of Let’s Play videos on Call of Duty and Minecraft. Born in Manchester, Cassell developed a passion for a career in the gaming industry, where he purchased gaming equipment using his money from McDonald’s. On 3 September 2010, Cassell registered his gaming channel “TheSyndicateProject”, where he eventually found success and a large online community. His online personality and growth in viewership was recognized by Call of Duty publisher Activision and multi-channel network (MCN) Machinima, where he signed to the network to monetize his content.

Cassell’s channel saw substantial growth, passing the one million subscriber milestone in June 2012, and was described by Eurogamer as “part of a phenomenon that the gaming industry has been slow to react to”. Cassell reached one billion views in late 2013, and began to livestream on Twitch, hosting the same commentary over his gameplays. His Twitch channel was the first to reach one million followers in August 2014. Switching the focus of his YouTube content, Cassell later began to pursue vlogging, where his prominence in the genre took place from his life between Los Angeles and the UK.

Back in England, Cassell and his father designed his own home, purchasing a nearby property and renovating it into an extensive gaming area. Cassell has co-founded a range of businesses, one of which failed to comply with Federal Trade Commission (FTC) advertising guidelines. He has made partnerships and collaborations with other Internet personalities. He co-founded the entertainment company 3BlackDot along with Evan Fong and Adam Montoya, and became featured and specialized in other media, spanning from a mobile game to a 12-track compilation album.

Thomas George Cassell was born on 23 June 1993 in Manchester, England, and is the brother of Alice Cassell. His father worked in construction as a project manager and his mother, Karen Cassell, worked as a children’s daycare worker. Cassell was educated at the Blue Coat School in nearby Oldham, and sold drinks at school to purchase a 42-inch plasma TV at the age of 15, as his father wanted him to work and pay for the items he wanted to get during the time. He then attended Hyde Clarendon Sixth Form College in Ashton-under-Lyne and studied software development and video game design in 2010.

While his father was skeptical about the decision, Cassell had a passion to post Let’s Play videos on YouTube. After leaving college, he briefly worked at McDonald’s to purchase gaming equipment to record YouTube videos. After quitting his job and gaining a substantial following, his father and college tutor approved of his position as an online gaming commentator.

Cassell owns a home constructed and designed by him and his father. He successfully became a homeowner at the age of 19, and said that he prefers to be near his hometown. Inspiration for the purchase came from his fascination with the British television series Grand Designs, and he reconstructed the home in favor of creating a space designed for gaming. BBC North West Tonight described his residence as a “₤1 million house”, and Eurogamer reported that fans have traced his place of residence though Cassell’s college route and Google Street View. Cassell dated Kaitlin Witcher in 2012. He maintained privacy for his personal relationships, separating the ones that interfered with his popularity. He was concerned that his friends would take advantage of his presence and earn revenue off of collaboration videos with him.

In June 2020, Kaitlin Witcher (Cassell’s ex-girlfriend) and Natalie Casanova made allegations of sexual assault against Cassell as part of the MeToo movement. Witcher said that she was abused at a hotel at Los Angeles in 2012. Casanova stated that the incident took place at a Legends of Gaming convention at the same city in 2016. She said that one of Cassell’s staff members brought her a morning-after pill the following day. Cassell denied the allegations, describing the situation as a “character assassination by social media”. He said that the sex was consensual, and that Casanova had agreed to take the pill. Regarding Witcher’s statement, Cassell said that he had acknowledged Witcher’s personal boundaries.