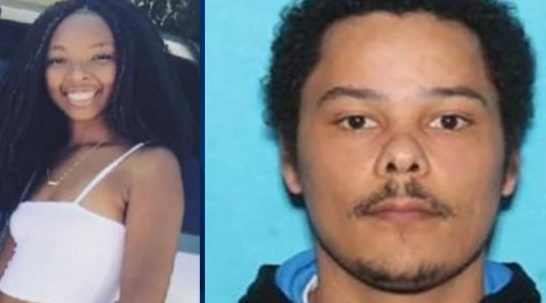 Houston police believe Jordan Potts, 26, killed Shawtyeria Waites, 21, in his apartment, he hid her body in the trunk of his car and left her. On July 25, Waites was celebrating her birthday with two friends at a strip club when Potts invited them to his apartment, according to KPRC. Texas authorities are searching for a man who allegedly killed a woman whose possible remains were found Friday.

Friends reportedly told Waites ‘family that they dropped her off at Potts’ apartment while they went shopping for makeup at a nearby store. They returned to the apartment and found no sign of Waites or Potts, according to the news outlet. Calls to Waites’ phone went directly to voicemail. She was reported missing two days later, on July 27.

On August 13, police recovered evidence linking Potts to Waites’ disappearance. On Friday, FBI agents discovered Possible remains of Waites in Brookshire. The remains have not been positively identified, but physical evidence suggests they belong to Waites, KTRK reported.

Read Also: Who is Zackary Foster? Wiki, Biography, Age, Parents, Cause of Death

Houston police say evidence of foul play was found in connection with Waites‘ disappearance on Aug. 13. Witness statements and additional evidence determined that Waites was dropped off at the Chimney Rock Road location to meet a man, later identified as 26-year-old Jordan Potts.

Police say they determined that Waites was murdered inside Potts’ apartment and then her body was moved in the trunk of her vehicle. Waites may have met Potts on social media or on a dating app, police say. On Friday, HPD homicide detectives, with the help of the FBI, located human remains in Brookshire. While formal identification is pending, physical evidence indicated the remains are from Waites.

Potts has been charged with murder. Police say he is on the run and dangerous. Anyone with information about this case or Potts’ whereabouts should contact HPD’s Homicide Division at 713-308-3600 or Crime Stoppers at 713-222-TIPS.