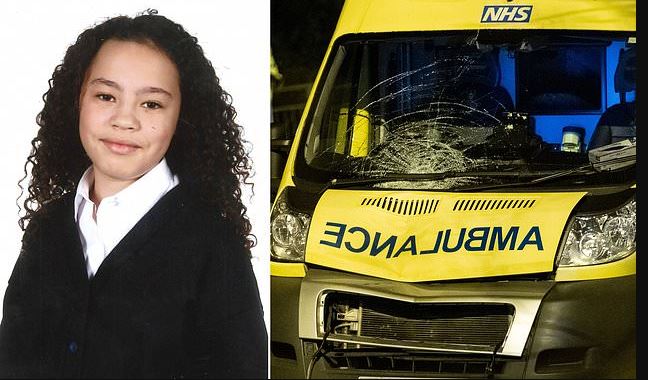 A 10-year-old schoolgirl was killed after she was hit by an ambulance while crossing the road near her home.Shaniqua Loftman-Smith was struck by the vehicle as it responded to an emergency call at 6.30pm on December 22 on a road with a history of traffic collisions in Bulwell, Nottingham.

Her family released a picture of Shaniqua and were being supported by specialist police officers.The crash happened in Low Wood Road, between Hempshill Lane and Seller’s Wood Drive in Bulwell, just north of Nottingham.

He said: “Our thoughts are with everyone affected by this incident. The police are now carrying out an investigation into what happened and it is, therefore, inappropriate to make any further comment at this time.”

A Midland schoolgirl who died after colliding with an ambulance has been named.

Shaniqua Loftman-Smith, aged ten, was hit by the vehicle as it responded to an emergency call on the evening on Sunday, December 22.

She was rushed to hospital after the accident, which happened at 6.30pm, and spent Christmas fighting for life.

But earlier on New Year’s Eve, it was confirmed that she had died .

The front windscreen of the ambulance was smashed in by the force of the impact in Bulwell, Nottinghamshire, on December 22 at about 6.30pm.

Nottinghamshire Police said Shaniqua was a pedestrian and the ambulance was responding to an emergency at the time of the collision in Low Wood Road, between Hempshill Lane and Seller’s Wood Drive, Bulwell, at 6.30pm.

The victim’s family has shared a photograph of Shaniqua through police and have asked that their privacy be respected.

A police spokesman said: “Nottinghamshire Police would like to offer their condolences to Shaniqua’s family, who are being supported by our specially trained officers.

Anyone who witnessed the crash, or who has any information or dash cam footage, is asked to call Nottinghamshire Police on 101, quoting incident number 650 of December 22.