Pearl Fernandez and her boyfriend were charged with the murder of Pearl’s son, Gabriel Fernandez. After suffering months of abuse and torture at the hands of Pearl and her boyfriend, the 8-year-old boy was brought to the hospital on May 22, 2013, where he was pronounced brain dead and died of his injuries two days later.

In “The Trials of Gabriel Fernandez,” many family members and friends shared with producers a different side of Pearl than the one outlined in Miora’s court report. Pearl’s aunt Elizabeth Carranza told producers of the docu-series that although she had sometimes been portrayed as a victim, anyone who knew Pearl would know she was never a victim.

Elizabeth and her husband George Carranza shared that during fights between Pearl and Aguirre, “Pearl was the abusive one to him,” and that they’d seen her punching and scratching him. George Carranza said “my niece was always controlling with her boyfriends. They would do what she says. If not, she would leave them.”

Garrett Therolf, the producer of the series and former reporter for the Los Angeles Times, told Oxygen.com that Pearl also had a history of violence with Arnold Contreras, Gabriel’s father. She once threatened to stab Contreras, Therolf said, and was faced with a charge of domestic violence in connection to that.

According to Pearl’s family, the Netflix docu-series reveals, she didn’t want to raise Gabriel and left him in the hospital when he was born. They said that when Pearl became pregnant with Gabriel, she was 23 years old and already had two older children, Ezequiel and Virginia. The three shared the same father, Arnold Contreras.

Elizabeth Carranza told producers on the show that “Pearl didn’t want the pregnancy. And when she had him, she left the hospital and left him there.” In late 2005, when he was less than a year old, Gabriel was sent to live with Robert and Sandra Fernandez, Pearl’s parents. Robert shared in an interview during the trial that they raised all three of Pearl’s kids, but in 2009 Ezequiel and Virginia went to live with Pearl and Gabriel stayed with them, until 2012.

Gabriel died on May 24, 2013 following months of terrible abuse and torture at the hands of his mother and her boyfriend, Isauro Aguirre. Pearl Fernandez pleaded guilty to first-degree murder and to murder involving torture. She accepted a plea bargain that would give her life in prison and spare her the death penalty instead of going to trial.

On June 7, 2018, after victim impact statements were read, the LA Times reported that Fernandez, then 34 years old, was sentenced to life in prison without parole by Superior Court Judge George G. Lomeli. He said that this abuse was “horrendous, inhumane and nothing short of evil.”

During her sentencing hearing, Fernandez read a letter of apology, which has been transcribed by the LA Times: “I want to say I’m sorry to my family for what I did,” she said. “I wish Gabriel was alive. Every day I wish that I’d made better choices. I’m sorry to my children, and I want them to know that I love them.”

She is now in Chowchilla State Women’s Prison in California for the remainder of her sentence.

The psychologist’s report also indicated that Fernandez had a difficult childhood and a poor home life growing up. When she was a child, her father was in and out of jail, and her mother often hit her, according to Fernandez’s private interview with Miora.

She was also well behind her peers in school although academic records shown in court reflected that she made attempts to perform well, according to the Times. The court also heard that Pearl started drinking and using methamphetamine at the age of 9 and left home at 11.

Miora also reported that Fernandez shared that her uncle had tried to rape her when she was a teenager. She also said that some men had held her hostage for many days and had taken turns raping her. Fernandez also told Miora that she had thought about committing suicide at the time and had gone to the hospital.

The Times reported that Fernandez told Miora she had been abused by her romantic partners, including Aguirre, throughout her adult life. In the months before Gabriel’s death, Pearl claimed she was frequently taking opioid painkillers in large doses.

During the trial, Fernandez was evaluated by Deborah S. Miora, a clinical psychologist. Miora stated that Fernandez has a very limited intellectual capacity paired with an eighth-grade education. The LA Times reported during the trial that Miora said Pearl is “virtually unable to use thought to guide her behavior and temper her emotional reactions.”

This is addressed in the Netflix series, with Wendy Smith of the University of Southern California’s school of social work. Smith shared with the producers that Pearl was diagnosed with depressive disorder, developmental disability, possible personality disorder and possible PTSD. She said: “She obviously struggles with a lot, every day, all day.”

The court heard during the trial that Fernandez took a cognitive ability test in 2011, scoring in the 3rd percentile in verbal comprehension. That’s roughly the level of a second-grade student. 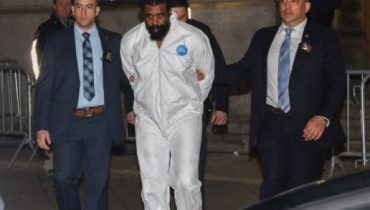