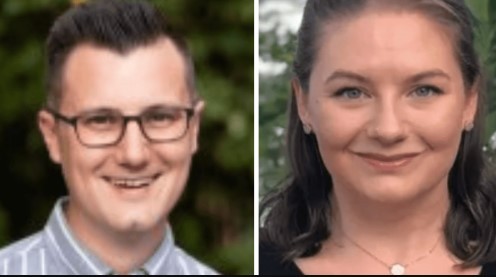 An American couple accused of torturing their HIV-positive adopted son in Uganda has been declared a flight risk. It has been said that Nicholas Spencer, 32, and his wife, Mackenzie Leigh Mathias Spencer, allegedly abused the ten-year-old boy by forcing him to live without clothes or shoes. Apparently, they also kept him away from hot, healthy food.

The two have reportedly pleaded not guilty to the charge of aggravated torture and are currently being held at Luzira Maximum Security Prison, located on the outskirts of Kampala. As reported by Al Jazeera, a police statement said: “The couple kept the victim barefoot and naked throughout the day, occasionally making him squat in an awkward position, with his head to the ground and hands outstretched, passing his time. nights on a wooden platform, without a mattress or bedding and served cold meals from the refrigerator.

“We believe the victim could have endured more severe acts of torture, away from the camera,” the statement said, before asking social workers to maintain proper control of the children. He added: “What happened to the victim, in recent years, could probably have been prevented, if they had closely monitored the welfare of the foster children.”

Cops revealed that the Spencers are foster parents to three children, including the boy they allegedly abused. The couple allegedly mistreated the boy by calling him “stubborn and hyperactive, accusing him of being mentally unstable and therefore administering punishment and torture as a way of putting him in line,” reported The Monitor.

The publication also spoke to the boy’s carer, who said: “I wanted to quit the job, but I knew if I left without doing something about it, the torture would continue.” The suspects’ lawyer, Leila Saaliwulide, reportedly applied for bail, claiming that the two need treatment and medical attention due to their respective illnesses.

However, prosecutor Joan Keko affirmed that in prison there is a cure for every ailment. Keko added: “They have no community or family ties in Uganda, and the offense they are currently charged with is serious in nature and carries a sentence of life imprisonment, so their probability of absconding on bail is very, very high.” .

Meanwhile, Magistrate Sarah Tumusiime has ordered the two to remain in Luzira prison until she announces her decision on their bail plea on December 20. Furthermore, the couple is also reportedly accused of staying in Uganda even after the expiration of their work permit.

The Daily Mail reported that the Spencers came to Uganda in 2017 “to volunteer with a US-based nonprofit in the town of Jinja before moving to Naguru.” According to Nicholas’s LinkedIn page, he currently works at MOTIV Uganda, which “creates a space where manufacturers can refine and scale their businesses to meet the demand of local and international markets.

MoTIV gives creatives the opportunity to access factories, training, a tribe, and a marketplace where brands sell their products.” Uganda Police have reportedly claimed that Mackenzie also works at MOTIV. A 2019 GoFundMe had stated that she moved to “East Africa almost 3 years ago with my husband, Nick, and we have been doing humanitarian work focused on women’s empowerment and education. We are also foster parents to 3 amazing children.”