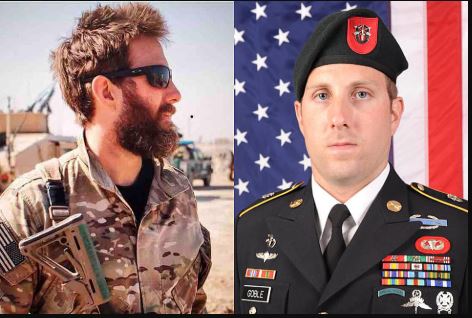 Michael Goble is distinguished as the Army Special Forces trooper who was killed in real life Monday in Afghanistan. He has as of late been distinguished by the Pentagon as Taliban and American authorities keep on taking part in harmony arrangements.

This is Army Sgt. 1st Class Michael James Goble, 33, a member of the 7th Special Forces Group who died in Afghanistan on Monday of injuries suffered on Sunday in Kunduz province.

He was born in New Jersey and enlisted in 2004.

The 33-year-old Goble experienced childhood in Westwood, New Jersey. He entered the Army in July of 2004 and graduated the Special Forces Qualification Course as a Green Beret in 2007.

“Sergeant 1st Class Goble was more than just a member of the 7th Special Forces Group, he was a brother to us, and a beloved family member to the Northwest Florida community”, claimed group commander, Col. John Sannes.

Sergeant first Class Michael Goble, of Washington Township New Jersey, was relegated to the first Battalion, seventh Special Forces Group at Eglin Air Force Base, Fla., the Department of Defense said in an announcement. He was occupied with battle tasks in Afghanistan’s Kunduz Province when he endured genuine wounds.

No other details were released. The Taliban claimed responsibility for the deadly attack amid talks with American officials as both sides try to hammer out a peace deal.

Zabihullah Mujahid, one of the Taliban Spokesmen, tweeted an American fighter was murdered in the Chardara locale in northern Kunduz territory where American and Afghan powers were completing a joint assault.

According to Mujahid, the insurgents had planted a roadside bomb that killed the service member.

The U.S. has reported 20 American deaths in Afghanistan this year. More than 2,400 U.S. service members have died in the 18-year-long conflict.

Goble’s death comes as Washington’s peace envoy Zalmay Khalilzad has tried to negotiate a peace settlement with the Taliban. U.S. officials want assurances that Afghanistan won’t be used as a hub for terrorist groups.

As you gather with the people you love, please think about the friends and family of Sgt. 1st Class Michael James Goble.

33 for all the tomorrows. pic.twitter.com/Bsi9U8FYFH

Around 13,000 U.S. troops are currently transferred to Afghanistan.

“Westwood and Washington Township lost another son, brother, father while fighting for the US military in Afghanistan,” state Assemblywoman Holly Schepisi, R-Bergen, who represents Goble’s hometown, said in a Facebook post. “While most of us are sitting down to Christmas dinner trying not to argue about trivial things with relatives we haven’t seen in a while, Sgt. Michael Goble’s family will be meeting his body on the tarmac as he returns 3 weeks early from his fourth and final tour of duty.”