Melissa Rein Lively who is the Founder, CEO at The Brand Consortium PR (TBCPR) has been dubbed the “QAnon Karen” seen in a viral video flipping out Target over the facemasks. There is however more to the story than a standard Karen Incident.

Lively’s LinkedIn page describes her as “founder, CEO at The Brand Consortium PR.”

She describes herself as an “experienced Chief Executive Officer with a demonstrated history of working in the public relations and communications industry. Strong business development professional skilled in Crisis Communications, Hospitality Industry, Event Management, Media Relations, and Corporate Communications.”

Before that, she was director of public relations and regional director at two other public relations firms. She was a PR account executive for another firm in Los Angeles. Lively is a graduate of Arizona State University and Cherry Creek High School. Her LinkedIn page lists volunteer experience for the American Heart Association, Make-A-Wish America and Phoenix Children’s Hospital.

Back in 2019, Melissa Rein Lively Was Issued with a Restraining Order from two former Employers who said she was Mentally Unstable. The feud between Melissa, an ex-employee and two co-founders at heavyweight Scottsdale PR firm Rose, Moser and Allyn escalated from social media messages and an epic phone rant posted on YouTube to two restraining orders issued.

Lively worked for the firm starting in 2007 or 2008, before leaving in August 2009 as per the Phoenix New Times. Lively alleged that Rose’s firm lacks ethics and uses “its powers for evil.” One of its principals has engaged in a smear campaign against her, she claims, by telling others, including her clients, that she’s mentally ill.

The restraining orders requested that Lively stay at least 100 yards away from Rose and Moser’s respective homes in Paradise Valley; from the firm, which is in Scottsdale; and from two different schools, the injunctions show. They also demanded that Lively not contact them in any way.

Rose’s restraining order alleges that since the beginning of March 2019, Lively had “engaged in a course of conduct that seriously alarms me,” including “unwanted and uninvited electronic communications.” Hell hath no fury like Scottsdale PR consultants scorned.

She wrote on Facebook that she is married to Jared Lively, whose Facebook page says works at a commercial real estate firm. Photos on his Facebook page show their travels, including trips to Italy, Greece and France, and playing polo in Buenos Aires.

Lively got an Uber back to her hotel, Immediately went shopping, bought thousands of dollars worth of stuff using daddy’s credit card (literally). She was eventually stopped because she refused to wear a mask. Got kicked out of the hotel, walked around with hats ON HER FEET because she apparently lost her shoes.

Live hopped into another Uber to her house. When she went into her house, her Range Rover was there (somehow) and she tried to leave. The husband stopped her, took her purse away to keep her there. Called the cops. Told the cops how much of a threat her husband is, told them he had unregistered guns, anything to get HIM arrested Then here we are.

On July 2, Lively did a “live report” in Target and said, “people are standing around like f—— idiots because no one wants to come to work because they can collect unemployment.” She then said, “Can you see the line here. Yeah, we’re all f—— social distancing.”

“People need to f—— get it through their head that you have to work for money,” she said in one video.

In March 2020, Lively wrote an article for the Scottsdale Independent in which she adopted a different tune about COVID-19. In that article she indicated that COVID-19 cases were then still low but were growing and stated, “we must act now to keep it that way to protect our state.”

She implored local business owners to “collectively make the decision to put people before profits now. We must.” She indicated that “everyone must come together and make decisions that will keep us all safe.” She urged business owners to help to “grossly mitigate the impact of this crisis.”

She wrote on Facebook that she was QAnon’s global press secretary. “Allow me to reintroduce myself. I am Q,” the caption read.

A second video shows the police at the same woman’s home. “They drained the swamp. They did everything that Donald Trump was elected to do. You can read about it on Twitter. You can read about it on the news. All the deep state politicians. It’s done,” she tells the officers, although it’s not clear who she’s talking about when she says “they.” You can see what appears to be a Range Rover in the video.

She said she wouldn’t give the police information, saying it was a secret and told them, “I was hired to be the QAnon spokesperson.”

The officer says, “You’re a spokesperson correct? … I think we have enough here.” At one point in that video, the woman tells the officer, “All of this is being broadcast live. All over the world on Instagram. Millions of viewers. Say cheese. You’re on candid camera.”

The officer eventually says, “Put your phone down. I’m sorry.”

In one very disturbing video, Lively repeatedly used the n word after taking an Uber. You can watch that video here, but be aware that the language in it is extremely disturbing.

This woman in Scottsdale, Arizona was super upset with Target for selling face masks. So upset in fact, that she attacked their display….pic.twitter.com/ye9LiDz0JH 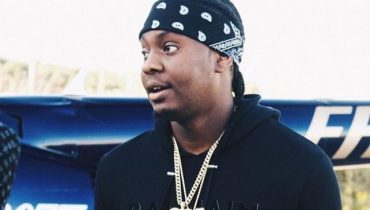 More about this author
Author 1666 Posts