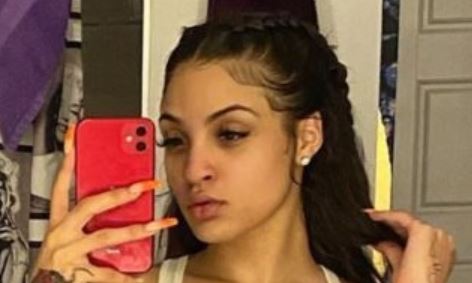 Marissa D’Nae is a businesswoman, model, and TV host who also enjoys a huge following on social media. The NLE lover Choppa is reportedly 21 years old and the CEO of Brazy Collections. Her brand sells swimwear, accessories, and outfits, among other items. The 19-year-old rapper has reportedly been in a relationship with Marissa since 2021, although the precise timeline cannot be confirmed. Both NLE and Marissa continue to flaunt their love lives on social media accounts on a regular basis. Marissa D’Nae keeps her fans and followers hooked on her social media accounts by participating in various online challenges.

NLE Choppa received some heartbreaking news on the personal front after it was revealed that his girlfriend Marissa D’ Nae suffered a miscarriage with their son Seven. The young rapper took to Twitter to post about the same where he shared an emotional tribute to the son they had named Seven. NLE Choppa is already the father of a one-year-old daughter by his ex-girlfriend Mariah.

NLE Choppa’s current girlfriend, Marissa D’ Nae, on the other hand, took to her Instagram account to reveal the sad news. She posted a photo of herself with the 19-year-old hip-hop artist and posted a detailed caption revealing how difficult it was for her to go through the miscarriage, but Choppa’s support has helped her a lot. NLE Choppa, whose real name is Bryson Lashun Potts, was also seen in a YouTube video posted by Marissa where they both provided a detailed update on his pregnancy and unfortunate miscarriage.

Marissa D’Nae on Instagram shared the heartbreaking news and also announced that she will be taking a short break from social media. As she shared the photo of her with NLE Choppa, she said, “This is very difficult to talk about. But with Bryson by my side and being my support, this has helped me more. Losing our Son is so hard for me that I couldn’t function. But he helped me and I am grateful to have you by my side and with me throughout this journey.”

She continued: “There are many women who suffer the things that I suffer and go through the same things that I go through. So this also helps to open up and let other women know that they are not alone. Thanks for all the kind words we really appreciate. Thank you Seven, for helping mommy become a better person, pushing me to be healthier, and being the reason for me to keep fighting. I love you and really appreciate the time we spent growing together and bonding,” she concluded, “You really have given mom more hope. We love you baby 💜 Seven Da’Shun Potts #Forever7”

NLE Choppa wrote on Twitter: “Seven Da’Shun Potts. #FOREVER7 RIP My Lil One.” Marissa also took to Twitter, posting, “I can feel my emotions and after these last two weeks of trying to get back on my feet, I feel like tonight I’m going to have to start over. But I only wish for positive things and love to come to me and my family.” In another post, she added: “I know that one day I will be able to have a healthy baby and be the mother that I always dreamed of being. No matter how much this has hurt me, I have to keep fighting.”