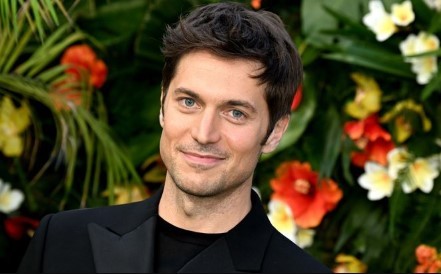 Some fans may be relieved to learn that Bravo isn’t married yet. He hasn’t posted an official update on his relationship status or made any comments to suggest he’s in a relationship, so it’s safe to assume he’s single and open to dating. However, Bravo has certain dating preferences, such as wanting a partner who will wake him up with cuddles.

“I love it when my partner wakes me up in the morning with cuddles, tenderness…just a sweet awakening is the best. Neck kisses and all that kind of stuff,” he said, according to Amomama. Bravo also appreciates open communication, which he considers the cornerstone of a successful relationship. The actor prefers to deal with problems head-on instead of trying to escape from them.

Bravo stated that when it comes to the physical element, he is typeless and instead looks for an instant connection. He should be able to instantly connect with his future partner just by looking into her eyes, the actor said. Lucas Bravo had fans swooning during the first season of the popular show ‘Emily in Paris.’ Fans of the addictive show have been obsessed with the French actor and model, who plays the sexy chef Gabriel, since the Netflix original series launched in 2020.

2 years later, Netflix has released the trailer for a third season, which has once again sparked interest in the love life of the 33-year-old hottie. Gabriel was Emily’s (Lily Collins) love interest on the hit show, but this wasn’t Bravo’s first appearance in Hollywood. He previously starred in movies like ‘Ticket to Paradise’, ‘Mrs Harris Goes to Paris’ and ‘Beautiful Injuries’.

However, Bravo is a true professional and refrains from having romantic ties to his co-stars. The probability of that happening, however, is not zero. Bravo had previously been linked to Camille Razat, his co-star, but it turned out they were just friends. Yet he doesn’t question their extraordinary bond as friends and, in a sense, family.

The two met before ‘Emily in Paris’ and have always had a unique connection. In a previous interview, Bravo revealed that Razat would crash her trailer when they were filming and that they would often hang out together on set. Bravo claimed that he was not happy with his on-screen character in Season 2. In the show, Gabriel begins courting the main character, Emily, while he is still flirting with his ex-girlfriend, Camille. ”

I was frustrated with Gabriel,” he said. “He needed to grow up. He’s making bad decisions and technically he cheated on his girlfriend.” Bravo used the term “boy next door” to describe his character, which is far from the actor’s real-life personality.