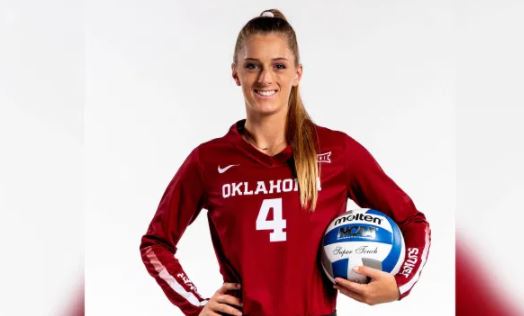 Kylee McLaughlin a former Sooners standout, claims she was frozen out of the team last summer because her beliefs didn’t mesh with those of her coaches and teammates, The Oklahoman reported.

She claims she was forced into being a redshirt in the 2020-21 season and decided to transfer to the University of Mississippi for the final year of her athletic eligibility, according to the news outlet. McLaughlin has filed a lawsuit against OU, coach Lindsey Gray-Walton and assistant coach Kyle Walton for a minimum of $75,000 for each of five complaints, including a violation of her First Amendment rights.

McLaughlin has been a star player for the University of Oklahoma volleyball team, where she helped the team reach the NCAA tournament in 2019. However, she alleges that there have been multiple instances where she had faced backlash and isolation due to her conservative political views.

The incidents sparked after the brutal murder of George Floyd in May 2020 by Minneapolis cop Derek Chauvin. The OU volleyball team, which comprises both White and African-American players, held discussions about social justice and white privilege following the countrywide Black Lives Matter movement. McLaughlin claims that they were made to watch the documentary ’13th’ at the time.

After watching the Oscar-winning documentary by Ava Duvernay, McLaughlin reportedly criticized the film for targetting Donald Trump and dubbed it as ‘left-wing’. She also added that Black Americans are disproportionately incarcerated ‘mostly for marijuana and drugs.’ Her remarks did not sit well with one of her Black teammates, who termed her comments as ‘racist’.

McLaughlin claims in her lawsuit that the documentary was slanted “left,” “took some shots” at former President Donald Trump, and “compared it with beatings of blacks in the 1960s.” When asked about her thoughts, McLaughlin said, she stated: “that she agreed 100% that slavery was wrong and the slaves were mistreated; and, that statistics showed that.”

She also noted the disproportionate incarceration rates for blacks and said they were jailed “mostly for marijuana and drugs,” her lawsuit states. At least one black fellow player later indicated she found McLaughlin’s comments to be racist, according to the document.

McLaughlin claimed her teammates also called her racist in social media — and that her beliefs were raised again when she tweeted that the University of Texas should not get rid of its fight song, “Eyes of Texas.” Student-athletes had denounced the song because of its original performances at minstrel shows.

McLaughlin claims Gray-Walton ordered her to delete her tweet and she later called the Texas women’s volleyball coach and team to apologize. She said in the lawsuit that her coaches and teammates labeled her a racist and a homophobe.

“Although (McLaughlin) supports equality, social justice, and finds racism despicable, she disagreed with the WOKE culture and critical race theory advocated and practiced by two of her coaches who are the Defendants in this action,” the lawsuit says.

McLaughlin claimed her coaches and school administrators told her she didn’t fit the culture of the program and gave her three options to continue — none of which involved playing time. She said she was told she could transfer or continue on scholarship as a typical student, not an athlete.

McLaughlin’s third option, which she eventually chose, was to take a redshirt year, keep her scholarship and practice apart from the rest of the team, according to the suit. She said she also took more than 10 hours of online diversity and inclusion training for a mandatory “Growth Plan.”

Her lawsuit claims her rights to free speech and due process were violated — and that her coaches cast her in a false light and intentionally inflicted emotional distress.

McLaughlin, a first-team All-Big 12 player for the Sooners in 2018 and 2019, is requesting a judge to assign a dollar amount to compensate for future economic loss after OU allegedly compromised her prospective career in professional volleyball, coaching and athletics administration.

The former player had an important role in helping OU reach the NCAA Tournament in 2019 for the first time in five years, The Oklahoman reported. Her case is pending in Oklahoma City federal court.