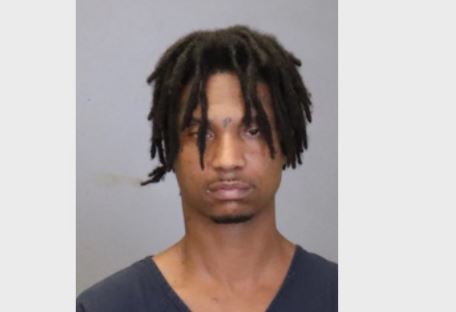 Justin Tyran Roberts was arrested Saturday in connection with three separate shootings in less than 24 hours that injured five people in the Columbus, Georgia metropolitan area, according to police. They were able to detain the suspect downtown,” Columbus Police Chief Freddie Blackmon said at a news conference Saturday.

A suspect has been arrested in connection with 3 shootings

Phenix City police responded to a shooting that took place on June 11 at the Courtyard by Marriott at 1400 Whitewater Ave., at 8:15 p.m. When police arrived at the scene, they discovered that one person had been shot multiple times and transported to Piedmont Columbus Regional Hospital. Several witnesses at the scene described the shooter as a black man.

On June 11, around 10 p.m. The Columbus Police Department responded to a shooting at 1032 Broadway Street. Once the police arrived at the scene, they learned that three people had been shot and were taken to the hospital. Witnesses at the scene described the attacker as a black man wearing a white shirt and blue jeans.

On June 12, around 2 p.m. Columbus police responded to a shooting at 3rd Ave. and 4th Street. When the police arrived at the scene, they discovered that a person had been shot and was taken to hospital. The victim described the shooter as a black man with a white shirt wrapped around his face.

CPD organized a search for the suspect during the time of the search. Uptown Columbus had a heavy police presence. Around 4 p.m. officers arrested Roberts and they were taken into police custody without incident.

Columbus Police Chief Freddie Blackmon and Mayor Skip Henderson held a press conference this afternoon about the three shootings. According to the information compiled by CPD, they are not clear about the motive for the shooting.

“Based on the information we have so far, we have not identified any connection between the suspect and the victims,” ​​Blackmon said. Blackmon also wants the community to know that downtown is still safe.

“We want our citizens to know that there is no need to be afraid or apprehensive to move. We want everyone to keep dating and know that we take this very seriously. Any incident, shooting incident, any crime that happens in Columbus, we take it very seriously. ” None of the victims suffered fatal injuries. Roberts will be in Recorder’s Court on June 14 at 9 a.m.

Phenix City police said the victim in that case, a white male with short hair, was getting out of his car when a gunman approached and shot him, before fleeing over the 14th Street bridge into downtown Columbus. .

Roberts matches the description of the attacker in that incident and authorities hope to press charges against him in Alabama, police said.

That shooting was followed two hours later by gunshots in the 1000 block of Broadway, where two men and a woman were hit, said Blackmon, who described those victims as two white men and one black woman.

In that case, Roberts is charged with three counts of aggravated battery and one count each of using a weapon to commit a crime and being a convicted felon with a firearm. The suspect will have a preliminary hearing on those charges Tuesday, authorities said.

Police found no evidence that Roberts knew any of his victims, said Blackmon, who searched Saturday to assure people that the downtown business district called Uptown is safe to visit.

“Uptown is safe. These recent shooting incidents that occurred in the last 24 hours have been isolated incidents, ”said Blackmon. “We have not received any information indicating that anyone else was involved in these shooting incidents other than the person we have in custody.”