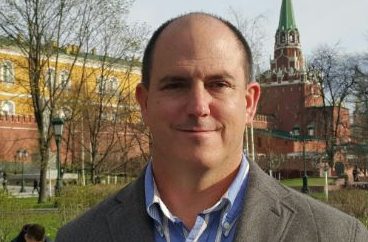 John Mark Dougan has lived in Moscow since 2016, where he fled after being identified in a fake news operation. Dougan is a former Marine gunner and a police officer who left the police force in 2009. Prior to that, he amassed an infamous record for writing more traffic tickets than 11 other officers combined while serving in Mangonia Park. From there, he moved on to the Palm Beach County Sheriff’s Office and eventually to Belle Glade.

But those aren’t the only things on his resume. Dougan also has a history of doing odd jobs like horse hauling and database design, and even as a licensed pilot. However, it is as a cop that he became more famous, especially after facing multiple disciplinary charges, including, for once, pepper-spraying an off-duty officer in the face. However, he also tried to do some good, most famously his attempt to expose the violence and blatant disregard for protocol at Belle Glade.

Tips to lawyers and the press did not help, so in 2008, Dougan resigned from the force. Upon leaving, he sent a series of emails to senior officials exposing the actions of Brent Raban and Michael Woodside. Both men were eventually punished, but Dougan himself ended up in hot water for sexual harassment. He was fired in 2009 from the Windham police force, which is when he became something of a fugitive.

Russia has justified its war against Ukraine with a host of false claims, and it seems that the Russians are not the only ones buying into them. An American man is now on a quest to prove that the Kremlin’s claims are not propaganda and were actually targeted at Ukraine. John Mark Dougan, a notorious conspiracy theorist, is reportedly trying to expose secret US biolabs in Ukraine, after living in Russia for years.

Kremlin propaganda has found a home on Fox News and other far-right outlets in recent weeks, as an increasingly desperate Vladimir Putin tries to keep up the momentum of his war. More recently, Russia has claimed that Ukraine is using migratory birds to spread biological weapons, from its secret bio-laboratories. On March 7, the Russians claimed that the United States was destroying all of their dangerous samples so that Russian troops would not find them.

The claims have been broadcast by the Kremlin to Russian state media, and are now taking over the airwaves in the US as well. Both the US and Ukraine have adamantly denied that such biolabs exist, but Putin maintains claims as justification for their war. Dougan’s move to search for these labs is a good example of how propaganda can be effective, which Putin surely sees as a huge victory.

After being fired, Dougan used his IT skills to launch a web forum targeting Windham and the Palm Beach County Sheriff’s Office. From exposing corruption to sex scandals, the two departments soon found all their dirty laundry out in the public thanks to Dougan. From there, it quickly turned into misinformation and fake news, with Dougan creating various fake stories to keep his projects going.

Then in 2015, Dougan turned to catfishing, after learning he was being monitored by the FBI. That led him to target federal agents, judges, local police and intelligence agency workers across Florida, posting their addresses on the web. He used the name BadVolf and claimed to be an IT worker in Moscow. Ultimately, however, the FBI found out and entered his home on March 14, 2016.

However, before he could be charged, Dougan drove to Canada and from there flew to Moscow. In 2017, he was granted asylum in the country and has been there ever since. He has also been working to spread more lies and disinformation ever since, most famously surrounding murdered DNC staffer Seth Rich.

On the hunt for secret biological laboratories

“I visited three places where there were biological labs and the buildings were destroyed,” Dougan told The Daily Beast. In mid-March, he claimed to have boarded a Russian military transport and headed for Ukraine. Since then, he has been posting regular updates on all of his social channels, including Telegram and Rumble. On March 11, he even uploaded a 188-page Russian-language document supporting the claim that secret bio-labs exist.

Since then, he has been repeating the Kremlin’s talking points, once stating that the labs are built “for the express purpose of designing biological weapons that could then be used against the Russian people.” But perhaps the most surprising part is that Dougan is in Ukraine, posting photos in a press vest. He also uploaded videos asking Ukrainians about the labs and stating that “I am in no way associated with the Russian military.”

The amazing efforts that Dougan goes to show how effective Russian propaganda has been. So far, he hasn’t found any evidence from biological labs, because they don’t exist. However, there are many bombed-out residential buildings, hospitals and schools that he has conveniently ignored.