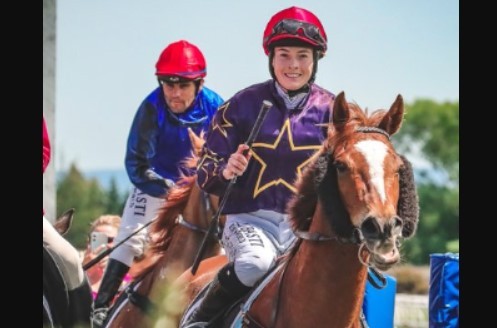 Racing in New Zealand was plunged into a state of mourning after trainee jockey Megan Taylor fell to her death during a race on Thursday. The 26-year-old was riding Red Orchid in a 14-runner maiden race, the second on the card at Ashburton, when her mount was one of four horses that fell into the turn. Another jogger struck her as she lay on the ground and she was pronounced dead at the scene.

Three other cyclists, Diego Montes de Oca, Samantha Wynne and Tina Comignaghi, are not believed to have sustained life-threatening injuries. One of the horses involved in the incident, Show Us Plenty, was humanely euthanized after sustaining a fractured right humerus.

Jockey Megan Taylor  Cause of Death

Our deepest condolences go out to Megan’s family, friends and others in the racing community who have worked closely with Megan. We will be looking to support them in any way possible in the days and weeks ahead,” said New Zealand Thoroughbred Racing CEO Bruce Sharrock. “We will also support the Jockeys and others who were at the races today.”

The tragedy occurred just four months after Japanese jockey Taiki Yanagida died from injuries sustained in a race at Cambridge in August. Taylor was in her third season of riding and had won 16 of her 236 races in the saddle. Born in Canterbury, on New Zealand’s South Island, she spent two years working in Britain with Wiltshire-based New Zealand Olympians Tim and Jonelle Price. In the scene.

Racing Minister Kieran McAnulty said on Twitter: “Very saddened to hear of the passing of jockey Megan Taylor during a race this afternoon. I want to convey my deepest condolences to Megan’s family and friends, and to all those in the industry who worked alongside her and knew her.”