Jake Gardner is a Marine veteran, according to his Facebook page, which has been deleted or made private since Heavy’s initial review. He served as a non-commissioned officer in the infantry from 2000 to 2005. He is an Omaha native, graduating from Millard West High School in 2000. He later studied at Metropolitan Community College and Humboldt State University, he said on Facebook and LinkedIn.

Gardner has owned The Gatsby, dance and night club, in Omaha since November 2019, according to his Facebook profile. He has owned The Hive Rock Club and Art Gallery since 2011. His third business, Surreal Cereal Bar, was also opened in November 2019. He is also the founder and CEO of AmeriGreen LLC and EON Hospitality Management.

At 10:15 p.m. Saturday, not long before Scurlock was shot and killed, Gardner posted on Facebook, “Just when you think ‘what else could 2020 throw at me?’ Then you have to pull 48 hours of military-style fire watch 🤷‍♂️ 🔥 👀”

While police have not named Gardner, social media lit up with accusations that Gardner shot 22-year-old Scurlock outside in front of the Hive Bar. In the video of the shooting circulating online, the footage is shaky but it shows a confrontation between two men, one white and one black, on the sidewalk.

There are many people standing around and two people can be heard saying, “This N** got a gun!,” repeatedly. One says, “It’s not worth it N***— he’s got a gun!”

Then there is commotion around the men making it hard to see what happens right before two gunshots ring out and the video ends.

Police issued a press release Sunday afternoon identifying the victim as Scurlock but not naming a suspect. However, they said, “The Omaha Police Department is not currently looking for any suspects. Investigators are in the process of reviewing all collected evidence, video, witness interviews and conferring with the Douglas County Attorney’s office.”

Around midnight Saturday, Omaha Police tweeted that someone had been shot at 12th and Harney and the suspect “was at large.” Not long after they updated that the “suspect was in custody.” Gardner’s name was confirmed by the Omaha World-Herald.

A bar called The Hive is at that location, and the 38-year-old Gardner is the owner of the bar and other local businesses, according to his LinkedIn account. Police have withheld the name of the shooter since the incident happened at around 11 p.m. last night, though Gardner is well known in Omaha and there were many witnesses.

Gardner’s name does not show up on an Omaha arrest roster. There are over 500 comments on the Omaha Police Department’s Facebook page regarding the shooting, with many demanding Gardner’s arrest for the killing.

Omaha Chief of Police Todd Schmaderer said in a press briefing on Saturday that they made 51 arrests Saturday night. Most of those arrested were white, he said.

Of the shooting, Schmaderer said they did detain “somebody who fired that weapon” and the person is still in police custody. No charges have been filed on the shooter. According to Schmaderer, it is the county attorney’s decision whether or not to press charges.

Many friends sent messages of support on Gardner’s Facebook page after he announced he would be on patrol at his bar during the protests. After the shooting, many commenters started calling him a murderer who needs to be arrested, while others stayed in support of Gardner, saying they’re praying for him.

Protests around the nation over the last few days were sparked by the killing of a black man, George Floyd, by a white police officer, which was caught in a video that showed officer Derek Chauvin kneeling on Floyd’s neck for several minutes until he was rendered unconscious. Though Chauvin was charged with third-degree murder and manslaughter on May 29, civil unrest continues to grow around the nation with protests turning violent and destructive.

Many on social media are accusing Gardner of being racist and provoking Scurlock, while others say he was protecting his property and they would do the same thing. The witness who posted the video said Gardner stopped Scurlock as he was walking by.

Heavy has reached out to Gardner to get his side of the story and is awaiting a reply.

The were walking by and he stopped them basically

Well shouldn’t be smashing windows in and burning buildings down. Good for the business owner. If there were more like him we wouldn’t be in this situation.

@ADAMDEVINE @tonyhawk club owner Jake Gardner shot and killed a protestor in Omaha on video, yelling racial slurs. he is openly racist and homophobic. he murdered James Scurlock, he’s proud of it, and he’s not in jail. he posted this on his FB 2 hrs before it happened. pic.twitter.com/uevBzYW9OO

According to the Omaha World-Herald, Gardner “suggested transgender women should not use the women’s restroom unless they have had their ‘appendage’ removed and their state identification changed,” igniting a “Facebook Firestorm” in 2016. Gardner told the paper, “The last thing I would want to do is hurt a member of (the transgender) community, but people’s feelings are going to be hurt when you bring something up that is sensitive.”

“I’m asking transgender folk to use the unisex … bathroom,” he said. “I don’t think it’s a big ask.”

Some people were supportive of Gardner while others were upset by his comment, which he said was just supposed to be just a comment to friends.

In September 2019 Gardner made the paper again. This time he was accused of not complying with police when an officer came to the Hive Bar on a call for a bleeding unconscious man in April of that year. According to the Omaha World-Herald, a security guard at the bar wouldn’t let the officer in, and Gardner was accused of being combative toward the officer. That offense could have caused Garnder to have his liquor license suspended.

According to the paper, he told liquor commissioners it was just a misunderstanding. He and the security officials were trying to tell the officer where to go in the crowded bar, saying, “I don’t believe it was combative,” Gardner said of the discussion. He added that yelling over the noise of the crowded bar might have led to that interpretation.

Gardner got off with a warning in that case.

Police said the investigation is still ongoing and is asking for information from witnesses. 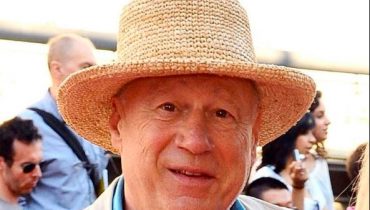