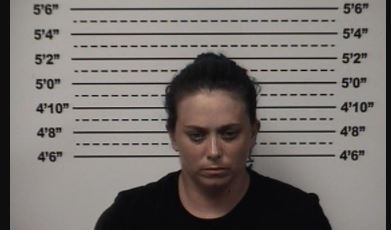 Elizabeth Cooke, as per reports, is currently in Macoupin County jail in Illinois on an unrelated matter — a misdemeanor drug charge. She was arrested on August 11 for driving a stolen car and possession of methamphetamines. Her father, Ken Cooke, said, “She has a small idea. If she knew what all was going on… I’m afraid she’d go suicidal or something.”

Ken also said that he and his wife have tried unsuccessfully to stop what was happening online. “What she did was wrong. We don’t condone that at all,” Ken said, referring to the car break-in. “But she doesn’t deserve what this dude’s doing.” Ken said the family is working with the police. He said the claims about Cooke’s other crimes is “just all a bunch of [expletive].”He said, “They just dig up pictures and make up a story to go with it.”

What are the crimes?

When the man reportedly confronted her, Cooke allegedly claimed her friend sent her over there to get his car because hers broke down. She also apologized, saying she had the wrong vehicle. The man holding the camera asked her to remove her mask so he could record her face. She complied. But things did not end there.

The man reportedly uploaded all the videos to Cooke’s Facebook account — it has since been locked and none of the content is available. He allegedly gained access to the account because when Cooke hurriedly left the scene, she left her phone behind.  After gaining control of Cooke’s Facebook account, he reportedly changed her listed occupation to “works at stealing”. He also changed Facebook’s aid to the pronunciation of her name to “E-li-za-beth KARR-thi-ef.”

He also scoured the contents of Cooke’s phone, posting photos and messages on Facebook and long strings of messages about her alleged activities on a YouTube channel. And among all of this was something dark. A St Louis police spokeswoman said the department has the cellphone that started it all.

In a series of Facebook posts, the man claimed that he had found texts, other messages, and photographs showing she had committed multiple thefts with other people. He also said that he had discovered that she had become close to a man called Bobby Phillips — who had been released from prison recently — just days before his death on January 1. He claimed that Cooke had pictures of his will, which names her as beneficiary, and other legal documents.

The house is owned by Yvonne ‘Jazz’ Berry, a community organizer at Eco Village. While Cooke allegedly refused to pay or leave the house, Berry said she got Cooke out by complaining to police about the drug use that she said she witnessed.

Phillips, who was homeless and had just been released from jail, began staying there. “The two older men pulled our heartstrings,” Berry said of Phillips and another man called JR. “They’d just gotten out of jail. It’s the middle of winter. ‘Yeah, you guys can crash on the couch,’ I said. Not realizing what all of this would later fall into.”

As per reports, Cooke had photos of Phillips’ social security card, birth certificate, and ID, along with documents showing he signed his power of attorney over to Cooke and named her as the sole beneficiary in his will. His death occurred just days after Phillips changed his will to name Cooke as the beneficiary.

Regarding the suspicious nature of her relationship with Phillips and his death, police have said that they are looking into it but were unwilling to comment further. “Our department is looking into the other alleged incidents; however, we cannot confirm/deny or provide any additional information as the investigations are ongoing,” a police spokesperson said.