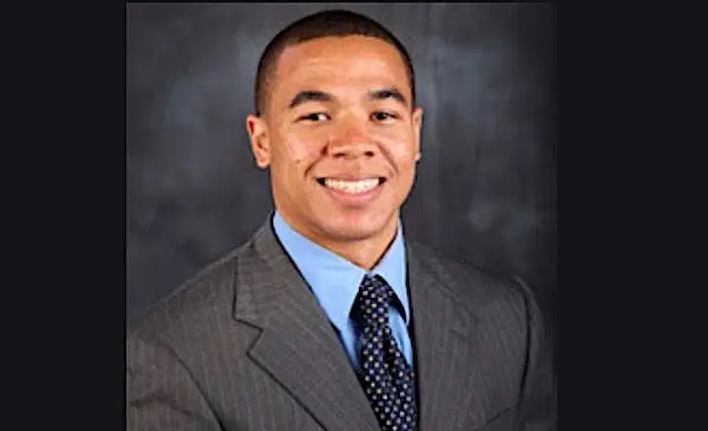 He was a ESPN reporter.

Aschoff and his fiancée, Katy Bertau, were set to be married in New Orleans in April.

Today was his birthday and his wedding was just a few months away. He worked very hard and treated people the right way to get where he was … his life just about to start in so many ways. pic.twitter.com/MJBbE01xnf

He received a BS in Journalism from the University of Florida, He served on the college of Florida’s football, basketball, and baseball initiates for 2007 to 2011.

Aschoff covers SEC football for ESPN.com’s SEC blog. Aschoff delivers in any event 30 individual bits of substance every week covering each of the 14 football programs during the ordinary season from August to January.

Aschcoff contributes sports data for web journals, highlights, investigation pieces and recordings and spreads gathering games every week during the season. He additionally shows up as often as possible on radio and transmissions.

Beforehand he filled in as The Gainesville Sun/GatorSports.com enlisting beat journalist for UF football, ball and baseball from 2007 to 2011 and made the week by week web based selecting show that ran from the fall of 2010 to the spring of 2011. He has been a games independent author for SOBeFiT Magazine, Warning Magazine and Rivals.com.

“Aschoff was easy to spot in press boxes,” ESPN’s obituary said. “Not only was he almost always the most dapperly dressed person there — with a collection of quirky socks that made him the envy of those around him — but his bright smile and radiant disposition always drew a crowd.”

Covering #TheGame was a lot of fun. Getting pneumonia … not so much. But, hey, I’m a hockey player. . . . . . #Buckeyes #goblue〽️ #BigHouse @ohiostatefb @umichfootball

Day 1 of @tuamaann_ ankle watch is in the books. Also @alyssaglang called me one of the best dressed in college football so real recognize really y’all 😏👔🌸🌺 . . . . @alabamafbl #RollTide #GameOfTheCentury

In 2016, Aschoff and fellow ESPN reporter Adam Rittenberg won first place in the Football Writers Association of America writing contest for their report on the role race plays in college football.

Edward Aschoff  Death and Cause

“We are very sorry to have to share the devastating news of the tragic passing of friend and ESPN colleague Edward Aschoff,” ESPN said in a statement on Twitter. “He died earlier today, his 34th birthday. Our thoughts are with his loved ones, including his fiancée, Katy.”

ESPN did not disclose the nature of the illness; but Aschoff had been battling pneumonia for the past couple of weeks. “Covering on Dec 2, 2019 at 12:35pm Pst

His final one came two days later, Dec. 4, in which Aschoff spoke of his struggle with pneumonia while praising his fiancée for helping him through it. The two were to be married in April.

“Having pneumonia is pretty terrible. Like the absolute worst,” he wrote. “But it helps having this sweet angel taking care of you even when she’s risking getting this soul-crushing illness herself.”

Having pneumonia is pretty terrible. Like the absolute worst. But it helps having this sweet angel taking care of you even when she’s risking getting this soul-crushing illness herself. All the soup, tea and delicious meals have kept me from crawling into a corner and crying the days away. Love you, babe. Thanks for putting up with my 5 am coughing fits @katybert #wcw

Ed Aschoff is one of the best people I know. Talented, kind, fun, gracious and always positive. A great colleague and an even better friend. All of us are devastated and heartbroken. Just isn’t fair. I love you, Ed, and will miss you. Prayers to Katy and Ed’s family. https://t.co/jJQBE441Fv

This is how I’ll remember Ed: Happy, vibrant, fun. We should all strive to enjoy life as much as he did. pic.twitter.com/IX5rBtXgHi

Closest thing I had to a baby brother in this business. I learned a lot more from @AschoffESPN than he ever did from me. What a light he was to all of us. God bless you ATL Kid. pic.twitter.com/rIfcRrZkIR

Lot of tears went into writing this with colleague @aadelsonESPN. There are those people in our lives who touch our hearts, but @AschoffESPN left an indelible mark on our hearts that we will cherish. https://t.co/g73kkvLwvt

The thing you all should know about Ed is that everything you’ve heard about Ed Aschoff is true. He was that great and amazing. I talked to him a lot last week. And I’ll tell you all this: he was fighting. He kept fighting.

Edward Aschoff was my other little brother and I don’t have the words to fill the hole in my heart tonight. pic.twitter.com/VESoFgGVCf