Eddie Van Halen was a Dutch-American musician, songwriter, producer, and inventor. The legendary guitarist and co-founder of rock band Van Halen, died on October 6, 2020, after a long battle with cancer.

Born in Amsterdam, Van Halen moved to Pasadena, California, with his family in 1962. He and his brother, drummer Alex Van Halen, took piano lessons and started making music together when they were 6. As they got older, they played gigs together around Los Angeles and eventually formed a band in the early 1970s.

Van Halen topped the Billboard Hot 100 chart once in 1984 with the signature song “Jump.” They scored other hits throughout the ’80s and early ’90s, including “Hot for Teacher,” “Panama,” “Why Can’t This Be Love,” and “Finish What Ya Started.” Outside of his work with Van Halen, Eddie memorably recorded the guitar solo in Michael Jackson’s “Beat It,” from the pop icon’s 1982 album “Thriller.” He told Rolling Stone in 1984: “I did it as a favor. I didn’t want anything. Maybe Michael will give me dance lessons someday. I was a complete fool, according to the rest of the band, our manager, and everybody else. I was not used. I knew what I was doing. I don’t do something unless I want to do it.”

Eddie Van Halen was born on January 26, 1955, in Amsterdam, North-Holland, Netherlands. He died on October 6, 2020, in Santa Monica, California, United States. He was 65 years old.

Eddie Van Halen was married to his first wife Valerie Bertinelli ​from 1981 until their divorce in 2007. Eddie Van Halen and Valerie Bertinelli met on August 29, 1980, at a Van Halen concert in Shreveport, Louisiana. They married on April 11, 1981, in California. Valerie filed for divorce in Los Angeles on December 5, 2005, after four years of separation. The divorce was finalized in December 2007. Eddie was married to his second wife Janie Liszewski from 2009 until his death in October 2020.

Eddie Van Halen was the son of Jan van Halen (father) and Eugenia van Halen (mother). Jan was a Dutch clarinetist, saxophonist, and pianist, and Eugenia was an Indo (Eurasian) from Rangkasbitung on the island of Java in the Dutch East Indies (now Indonesia). He had a brother, Alex Van Halen.

Eddie died on October 6, 2020, after a battle with cancer. His death was announced by his son, Wolf Van Halen, in a statement on Twitter. The statement said, “I can’t believe I’m having to write this, but my father, Edward Lodewijk Van Halen, has lost his long and arduous battle with cancer this morning. He was the best father I could ever ask for. Every moment I’ve shared with him on and off stage was a gift. My heart is broken and I don’t think I’ll ever fully recover from this loss. I love you so much, Pop.”

Eddie’s cause of death was throat cancer.

Eddie struggled with cancer on and off for two decades. In 2000, he started treatment for tongue cancer and had part of his tongue removed in 2001. He was declared cancer-free in 2002. He told Guitar World in 2004, “I’m not in remission; the cancer is gone. There is nothing that can keep me down.” Eddie lost his battle with throat cancer on October 6, 2020.

Eddie’s net worth was estimated to be $100 Million.

Happy Thanksgiving To You And Yours! 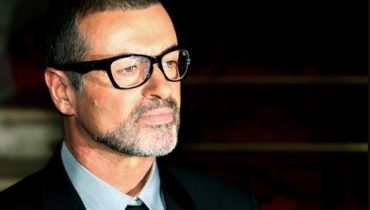