Derek Chauvin has been named as the Minneapolis, Minnesota police officer who was seen in a viral video kneeling on the neck of a black man named George Floyd who then went silent and later died after repeatedly imploring in anguished tones that he couldn’t breathe.

Authorities haven’t named Chauvin as the officer in the viral video, but he was named via sources by the Minneapolis Star-Tribune. Floyd’s death is sparking outrage, including from the Minneapolis mayor. Floyd’s sister, Vanita Williams-Dabney, wrote on Facebook, “My bro was killed by Minneapolis police on Memorial Day …R I.P. bro we will get Justice for u ..gone2soon ..loveU4life.”

Floyd was originally from Houston, Texas. He was known by the nickname “Big Floyd,” his Facebook page says. The Star Tribune reported that the initial call came in for someone using a counterfeit bill at a store, Cup Foods, 3759 Chicago Ave. When police arrived, they believed Floyd matched the description and found him sitting on the hood of his car, according to the newspaper.

An old article on Twin Cities.com says that Chauvin joined the Minneapolis police force in the academy in October 2001, working in the “first, third, fourth precincts and the waterworks security detail.”

A 2018 article in the Crookston Times gives some insight into Chauvin’s biography because it profiles Chauvin’s wife.

The article describes how Chauvin’s wife was born in Laos but fled to a Thai refugee camp with her family with only the possessions “they could carry on their backs” before moving to Eau Claire, Wisconsin. When she was 18, she married a man she barely knew at her parents’ behest; however, he died after they divorced. She earned a degree in radiology and forged a career in a Hennepin County emergency room. That’s where she met Derek Chauvin, the article notes, eight years before. He brought someone in for a health check and ended up asking her on a date.

“Under all that uniform, he’s just a softie,” Chauvin’s wife said to Crookston Times. “He’s such a gentleman. He still opens the door for me, still puts my coat on for me. After my divorce, I had a list of must-haves if I were ever to be in a relationship, and he fits all of them.” She switched careers to real estate.

Chauvin Was Involved in Three Other Police Shootings

Chauvin’s name appears in an entry in a report by Communities United Against Police Brutality called “Stolen Lives in Minnesota: People Who Have Lost Their Lives Through Encounters with Law Enforcement Authorities.”

It says he fired at a man named Wayne Reyes in October 2006. “Minneapolis Police responded after Wayne stabbed his girlfriend and a male friend. He drove off, starting a police pursuit. When police stopped him, they claim he aimed a shotgun toward them. Six Minneapolis police officers –Dante Dean, Brian Grahme, Shawn Kelly, Oscar Macias, Terry Nutter, and Derek Chauvin –fired on him. He was 42 years old,” the report says. According to the Star Tribune, he was involved in two other police-involved shootings as well. The other two involved Leroy Martinez and Ira Latrell Toles.

An old article by Twin Cities.com says that Derek Chauvin, then a seven-year veteran, shot Toles “during a domestic assault call.” The article states that Chauvin and another officer forced their way into the apartment and Toles ran from them. They caught “and tried to subdue him” but in a struggle, he grabbed at one of their guns, and Chauvin shot him in the torso. Dispatchers had heard a woman telling someone to stop hitting her in a 911 call, according to the article.

A 2011 story by CBS Local describes the Martinez shooting. It occurred in the Little Earth residential community shooting and Martinez was shot in the torso. In that case, the Minneapolis Police Chief Timothy Dolan said the officers acted “appropriately and courageously,” according to the television station.

The article states that Officers Terry Nutter, Steve Herron, Derek Chauvin, Brandon Brugger, and Gwen Gunter responded to the shooting when they encountered Martinez running away with a pistol. They chased him and an officer shot him after the officers told Martinez to drop his weapon, the story says. It doesn’t say which man shot Martinez, who is an Alaskan Native American who “may have been targeting a fellow resident when the initial shots were fired,” according to the television station, which says Martinez was charged with felony assault. The Star Tribune reported that Nutter was the officer who fired in that incident.

A dozen complaints come up against Derek Chauvin in the police database but they are listed as “non-public” and “no discipline.” The details of the incidents were not clear.

Twin Cities.com reported in an old article that Chauvin once received a department medal of valor “for his response in an incident involving a man armed with a gun.”

Chauvin is being represented by Tom Kelly, the attorney who represented officer Jeronimo Yanez who shot Philando Castile during a traffic stop in a community near Minneapolis. That death also provoked major outrage after the shooting’s aftermath was streamed on Facebook Live.

Just heard from local defense atty Tom Kelly. He confirms he is representing the MPD officer involved in this deadly arrest overnight. Kelly was part of Jeronimo Yanez legal team. Kelly says he is deferring all comment to #Mpls police department at this point. https://t.co/qLESm4oNXZ

Yanez was charged but found not guilty by a jury.

Mayor Jacob Frey has been harshly critical of the officer’s actions, saying, according to the Star-Tribune, “For five minutes, we watched a white officer press his knee into a black man’s neck. Five minutes. When you hear someone calling for help, you’re supposed to help. This officer failed in the most basic, human sense. What happened on Chicago and 38th last night is awful. It was traumatic. It serves as a reminder of how far we have to go.”

According to the police press release, “On Monday evening, shortly after 8:00 pm, officers from the Minneapolis Police Department responded to the 3700 blocks of Chicago Avenue South on a report of a forgery in progress. Officers were advised that the suspect was sitting on top of a blue car and appeared to be under the influence.”

At that point, “Two officers arrived and located the suspect, a male believed to be in his 40s, in his car. He was ordered to step from his car. After he got out, he physically resisted officers. Officers were able to get the suspect into handcuffs and noted he appeared to be suffering medical distress. Officers called for an ambulance. He was transported to Hennepin County Medical Center by ambulance where he died a short time later.”

The release added, “At no time were weapons of any type used by anyone involved in this incident. The Minnesota Bureau of Criminal Apprehension has been called in to investigate this incident at the request of the Minneapolis Police Department. No officers were injured in the incident. Body-worn cameras were on and activated during this incident.”

In a news conference after outrage erupted over the video and death, Minneapolis police Chief Medaria Arradondo said that he asked for the federal investigation because there was “additional information that I had received that quite frankly, from community sources, that just provided more context than I had preliminarily.”

Federal officials are investigating the death after a video went viral showing Chauvin, 44, kneeling on the man’s neck as he continually complained that he couldn’t breathe. The video shows the officer continued kneeling on Floyd’s neck even after he appeared to go unresponsive, and numerous bystanders shouted that the officer was endangering Floyd and should get his knee off the man’s neck.

Be forewarned that the video, which you can watch later in this article, is very disturbing.

“As additional information has been made available, it has been determined that the Federal Bureau of Investigations will be a part of this investigation,” Minneapolis police wrote in a news release. Floyd’s name was released by community leaders. 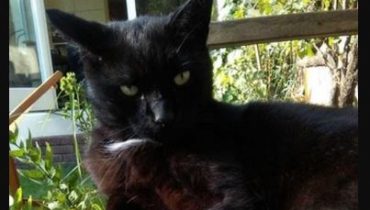