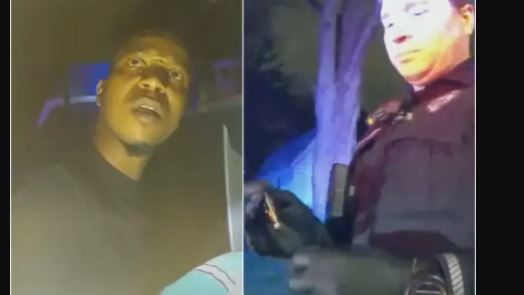 Dartavius Barnes, a resident of Springfield, Illinois, was pulled over on April 6, 2020, for speeding through a stop sign. He reportedly sped through to dodge gunfire aimed at his car. The police officials then combed through his car and found more than the recommended amount of weed, along with a small bullet-shaped urn. According to WCIS, the urn comprised his daughter Ta’Naja Barnes’s ashes.

The infant girl died on February 11, 2019, when she was in the care of her mother T’wanka Davis and her boyfriend Anthony Myers. The girl was discovered unconscious on a urine-soaked blanket and in extremely malnourished condition before she was declared dead at the hospital. An autopsy revealed dehydration, malnourishment, cold weather, and neglect as the cause of her tragic death. The mother and her boyfriend were sentenced to imprisonment after she pleaded guilty and he was convicted at trial, respectively.

On April 6, 2020, Dartavius Barnes was suspected to be in possession of methamphetamine or Molly, which is why the police officials searched his car thoroughly. As they tried to open the urn, Barnes can be seen visibly distressed as he kept on pleading to return his daughter back to him. “That’s my daughter. Please give me my daughter, bro. Put her in my hand, bro. Y’all are disrespectful, bro,” he begged. “No, no, no, bro, that’s my daughter. What y’all doing bro?” he cried as the cops discussed the contents of the urn.

Springfield Police Department in Illinois has released the bodycam footage of an incident from April 2020, where a distraught father can be seen desperately begging police to return an urn with his dead daughter’s ashes. Dartavius Barnes was held by police at a traffic stop on suspicion of drug possession. The police officials searched the small finger-sized urn suspecting it to be meth or ecstasy but later returned it.

The urn contained the remains of two-year-old Ta’Naja Barnes, Dartavius’s biological daughter who was starved to death by her own mother and her boyfriend. The convicted murderers are currently in prison serving sentences of 20 and 30 years. The bodycam footage was released by the police after Dartavius Barnes sued the City of Springfield.

Barnes’ daughter, Ta’Naja, died Feburay 2019 after police found her unresponsive and wrapped in a urine-soaked blanket, according to WICS. The toddler had been neglected and starved in the days leading up to her death, according to authorities.

The girl’s mother, T’wanka Davis and her boyfriend were found guilty of her murder and sentenced to decades in prison.