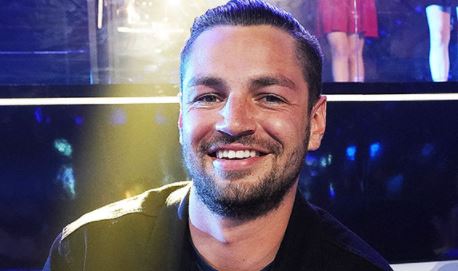 Chayce Beckham is in the top 5 on “American Idol”, and he’s quickly becoming the heartthrob of the season. Now, everyone wants to know: does Beckham have a girlfriend? Is he in a relationship?

While the singer’s Instagram does not single out any one person that would imply that he is dating anyone, his Facebook page states that he is “in a relationship.”

Beckham’s Instagram page highlights his experience on “American Idol”, from studio sessions to album covers, instead of showing him spending time with a special someone. So, while it’s unclear whether he’s in a relationship, his active Instagram page does not imply that he has a girlfriend.

Beckham has opened up about his rocky past on “American Idol”. Earlier in the season, he described one particular incident that “served as a turning point” in his life, per Taste of Country.

“I thought I was at rock bottom, but one day, I had a few drinks too many and thought it was a good idea to try to, you know, drive home,” he said on an episode of “Idol”. “I got into a bad wreck, ended up on the side of the highway upside down. I finally woke up and came to, and I remember looking up and there was nobody there to pull me up, there was nobody there to be like, ‘Come on, dude.’ That was the worst night of my life.”

Beckham added that the moment changed everything for him. Speaking of his initial audition for the show, he admitted, “This is all or nothing for me. I feel like everything has literally led up to this point, right here.”

When Beckham took to the stage last week, judge Katy Perry called him a “real, bona fide musical artist.” She went on to compare his music to that of Bruce Springsteen. Before coming to LA to compete on “Idol”, Beckham worked as a heavy machinery operator for United Rental.

Speaking of his home in High Desert, he told the Daily Press, “I’ve never seen too many other places that have sunsets in the sky like that, with all the color and the clouds,” Beckham said. “I’m also never too far away from the beach, the river or Interstate 40 if I want to drive across the country. I can do all of that from Apple Valley.”

He describes his style as a bit of country with elements of reggae. Recalling his experience as the lead singer of a band called the Sinking Sailors, Beckham said that the band played until the COVID-19 pandemic forced them to put down their guitars.

He told the outlet that whether or not he wins this season of “Idol”, he hopes to follow up his time on the show by recording a record. “I think it’s a pretty simple formula… it just depends on your consistency and your drive, which will determine the outcome of your success.”