Charlie Balducci, got his spot on the national stage when he appeared in MTV’s True Life: I’m Getting Married. He secured his place in reality TV stardom when he went off on his limo drive when he thought the camera and microphone were off. Charlie is an Actor and owns a non-profit arts organization in Staten Island that offers programs to aspiring artists. Balducci died on July 26, 2020, at the age of 44.

In 2001, Charlie and his wife Sabrina Balducci appeared on the MTV reality series where MTV cameras documented their journey to the altar for 4 months. On the day of the wedding, the limo driver was running late, prompting Charlie to threaten the limo driver, “I will gut you like the f–king piece of s–t you are. I’ll hunt you down like f–king cattle.”

In an interview with 20/20, Balducci said: “In defense of myself, I really did what any Staten Islander would have done in that situation.”

His wife said, “Picture somebody in your house, following you at every event you did, every place you went, for four months. You’ve got a newborn baby, you’re trying to plan a wedding.”

Balducci concluded, “She had her freak-outs, too. It’s just that my freak-out trumped everything else.”

Charlie was the president and founder of NYC Arts Cypher, a non-profit arts organization that promotes positive values through arts and entertainment programs, projects, and events.

Balducci dedicated his life to promoting art on the borough, founding the nonprofit organization NYC Arts Cypher in 2006. The organization promotes “positive values through arts and entertainment programs” and is responsible for several murals across the borough.

The nonprofit is dedicated to the youth of Staten Island, previously hosting anti-bullying events and art workshops for all ages. NYC Arts Cypher is located at 12 Broad St., surrounded by murals painted by its members.

During the coronavirus (COVID-19) pandemic, NYC Arts Cypher offered classes virtually. The organization launched its Mural 2020 program in May, offering a 10-step class to help students design their own artwork that has the potential to fill the wall space of the Tompkinsville building NYC Arts Cypher resides in.

Cynthia Valle, who ran NYC Arts Cypher alongside Balducci, said the organization will continue on because “that’s what Charlie would’ve wanted. He worked his whole life to create this.” Valle said she hopes to organize a tribute mural to honor Balducci’s legacy in the future.

Charlie Balducci was married to his wife Sabrina Balducci. His advice for couples about to walk down the aisle was, “Don’t look at the wedding as so much of a day, but, like, the springboard for marriage, you know? If you guys can’t plan a wedding together, you got to start to look at the marriage.”

Balducci and his wife Sabrina Balducci have two children. In a 2017 interview with the podcast Reality Life with Kate Casey, Balducci and his wife talked about their children. He said: “[Our oldest] is beautiful, he’s a perfect fusion of me and her. He’s a straight-A student at one of the most difficult schools on Staten Island. And then we have another beautiful son who’s 14. We had some issues with him as he came into the world, but this kid has shown strength beyond — you cannot even gauge the strength of this child.”

He was found unresponsive in his bed on Saturday, July 25, 2020. According to the New York City Medical Examiner’s Office, Charlie Balducci’s cause of death is still pending. He was pronounced dead at the scene. Charlie’s mother told TMZ, “Balducci passed away unexpectedly since he didn’t exhibit any kind of sickness.”

Charlie Balducci’s net worth was estimated to be $1 million. 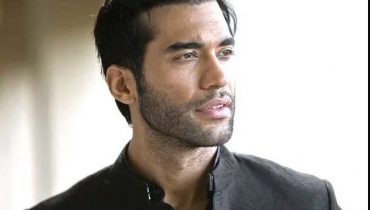