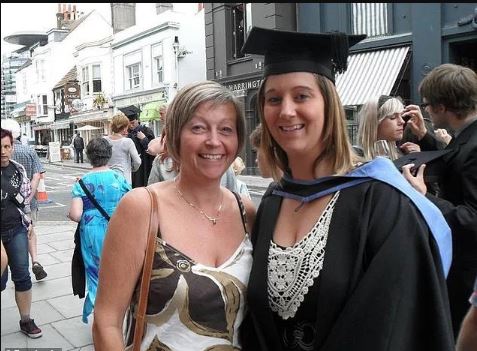 Amy Appleton was a 32-years-old teacher, who is the second victim of a horrific double murder on a suburban street in Sussex. She worked as a teacher at the Copthorne Church of England School, close to her home in the town.

Crawley Down, West Sussex a horrific double murder happened on Sunday, 22 December 2019. Two women have been found dead and a man seriously hurt at a house in West Sussex. Earlier reports suggested a knife was used in the attack, but Sussex Police have since said: “this is not a knife crime”. The force gave no further details about the cause of death.

The injured man has been taken to Royal Sussex County Hospital in Brighton. A man arrested on suspicion of murdering two women in a village in West Sussex. He was found badly injured inside the property and arrested on suspicion of murder. Officers have described his condition as ‘very unstable’. One of the victims of the attack in Crawley Down has been named locally as 76-year-old Sandy Seagrave.

Amy Appleton killed in a horrific double murder in Crawley Down, West Sussex. She has died at the age of 32. She worked as a teacher at the Copthorne Church of England School. Parishioners at St John’s Church Copthorne, which is aligned with the school, today told of their sadness at her tragic death.

According to DailyMail, One witness told that he watched police officers ferrying young children out of an address by the crime scene, holding up blankets between the children and the bodies on the road – which were themselves draped with sheets – to shield the view from the children.