Allegra Stratton is a British journalist and writer. She was the national editor of ITV News after four years as a political editor on BBC Two’s Newsnight, from January 2016 to April 2020. She was co-presenter with Robert Peston from 2016 to 2018, on Peston on Sunday, a political discussion program on British television network ITV, which was broadcast live on Sunday mornings from 10 am and rebroadcast after the News at Ten on Sunday evening. In April 2020, she did quit ITV News to become Chancellor Rishi Sunak’s Director of Strategic Communications at the Treasury. Allegra was announced as the new press secretary for 10 Downing Street, on 8 October 2020, and as such will be fronting the new daily televised press briefings that the government plans to launch soon.

Stratton went to Chiswick Community School and Latymer Upper School, an independent school in west London. She later joined Emmanuel College, Cambridge, where she read archaeology and anthropology. Stratton worked as a producer for the BBC, on the foreign desk at The Times, and wrote for The Independent and the New Statesman magazine. She is the author of the novel Muhajababes, which explores the youth culture of the Middle East, which addressed the contradictions of the modern life of young adults in Muslim societies.

Allegra Stratton should have refused to become the new Downing Street press secretary. I have three big reasons for saying this, and none of them has anything to do with party politics, or my views about the Conservatives or Boris Johnson, or even my liking for Stratton herself.

The first is that, whoever got it, this job is a very bad innovation. Britain has a parliamentary system not a presidential one. It’s important to keep it that way and not undermine it. In a parliamentary system, the prime minister should be answerable to MPs in the House of Commons first, and to the media second. When John Bercow was Speaker, but also now under his successor, Lindsay Hoyle, there has been a big effort to make sure that this happens more regularly and more fully. The new post, with its proposed daily televised on-the-record briefings, deliberately turns that on its head.

This matters for lots of reasons, but it matters fundamentally because parliament is sovereign. This may sound like a boring cliche to some people, but it’s really important, and it’s much too important to throw away. In big ways and small, governments only operate with the consent of parliament. There are lots of threats to the proper working of that process – prerogative powers, statutory instruments, and the kind of Henry VIII powers that the current government conferred on itself in the Coronavirus Act 2020 among them. Daily on-the-record briefings by the Downing Street press secretary are an immense new weapon in that armoury. And deliberately so. The system bypasses parliament. It presidentialises the prime minister. It allows the government to tighten its control over the agenda still further. And that’s a bad thing, especially with a prime minister who isn’t up to the job.

You don’t just have to take my word for this. Listen to the views of Bernard Ingham, who, like Stratton, once worked as a Guardian reporter before he ended up as Margaret Thatcher’s formidably effective press secretary throughout the 1980s. Ingham describes the new system as a “constitutional outrage” and he is right about that. He’s also right that, sooner or later, the new press secretary will reveal “inevitable ignorance” about one of the infinite numbers of subjects on which she will have to give perfectly formed and accurate answers to the press each day. That the new system contains the seeds of its own eventual downfall may reassure some. But we shouldn’t have to wait for that to happen.

My second issue with Stratton’s move is one that Ingham would not agree with. I say that journalists should stick with journalism. They should not cross the floor to work for the politicians, let alone to become politicians. Far too many of my colleagues have done that over the years and the results have rarely been good – from Johnson himself downwards. I regret every one of those departures from journalism. Naturally, I especially regret the friends who have made the switch. But I even regret the people I disliked and mistrusted who have also trodden that path. The loss of each one of them is bad for the standing of journalism as an independent, truth-seeking trade.

She was born on November 25, 1980, in Nottingham, Nottinghamshire, England.

Her parent’s names are unclear. although her father is an international translator while her mother a retired librarian.

The advertisement for the political role reported to compute a salary of over £100,000, Stratton has an estimated net worth of $1 million. 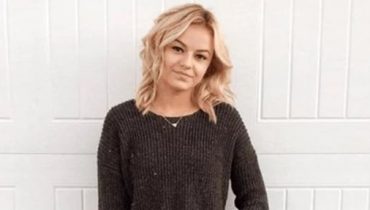